In this article I go through some important considerations when designing parts for injection moulding.

The first stage of injection moulding is to feed material (some form of plastic granulate) into the Hopper. From here it goes down onto the rotating screw which feeds the granulates into the barrel compartment.

Next the granulates melt together as they are heated inside the barrel. Once melted they are pressed by the injection cylinder into the mould cavity. The pressure used ranges between 70 and 115 MPa (over 700 times the atmospheric pressure).

Once the material inside the mould has solidified, the mould opens up and the part is ejected. 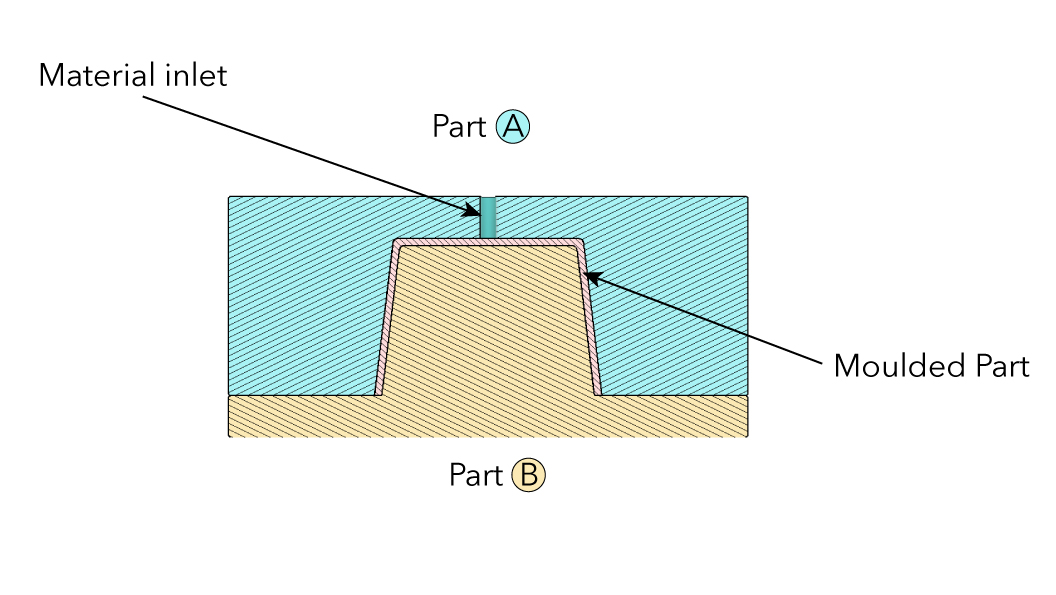 In the example above we have a simple two part mould that produces a bucket. The order of operation for producing this bucket is: 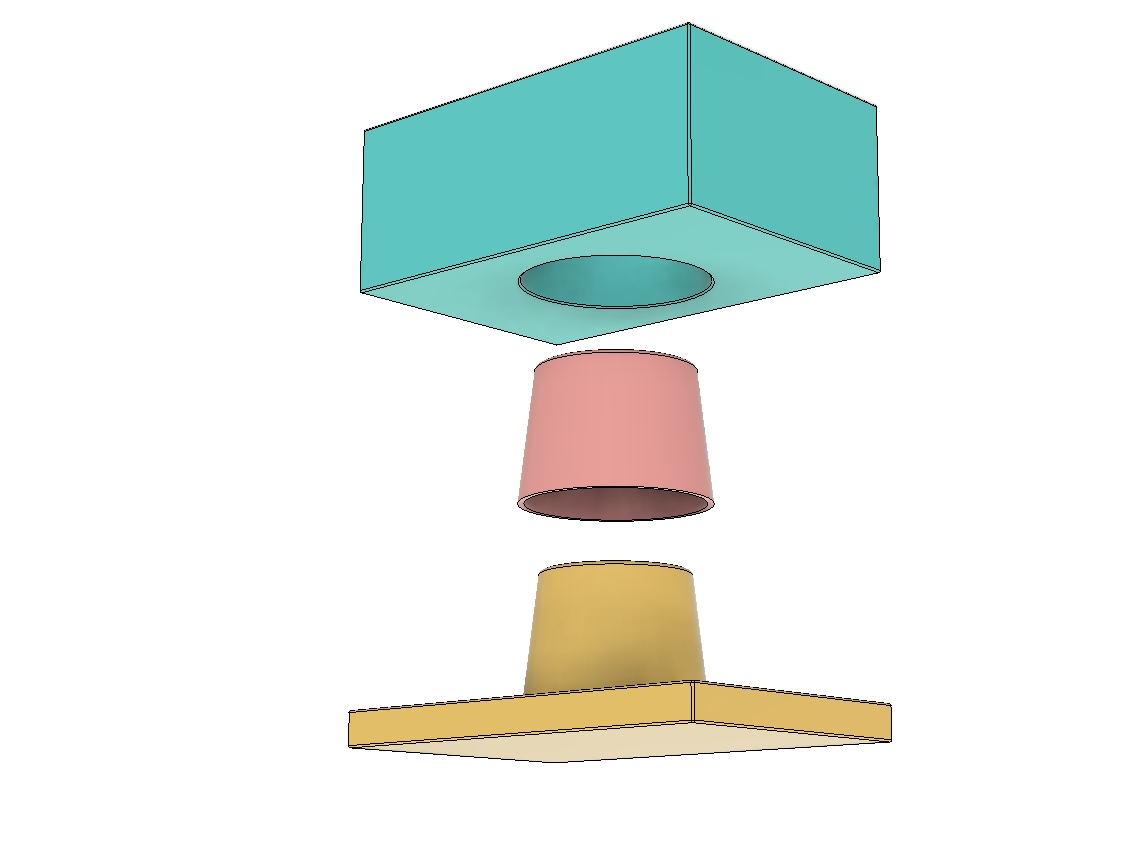 An undercut is a part feature that makes mould extraction more difficult. 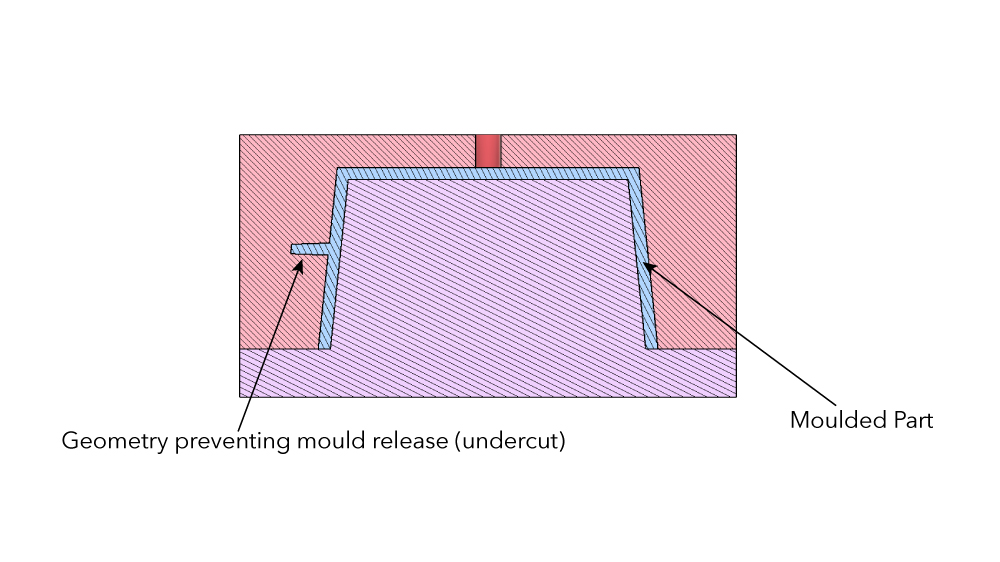 In the example above there is a protruding geometry on the left side which make release from the upper half of the mould difficult. To deal with these types of annoying geometries in injection moulding we have to use “actions”, i.e. additional movable parts in the mould.

In the previous example the undercut could be accounted for by using a side action as shown in the image below: 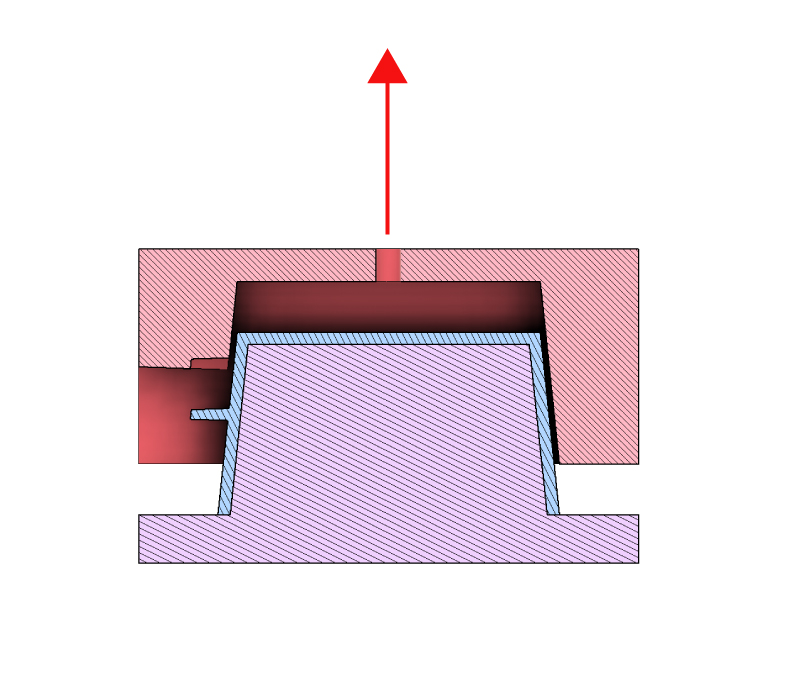 In this example the side action would first move out to the side. After that the mould halves would be able to separate unhindered by the undercut geometry. 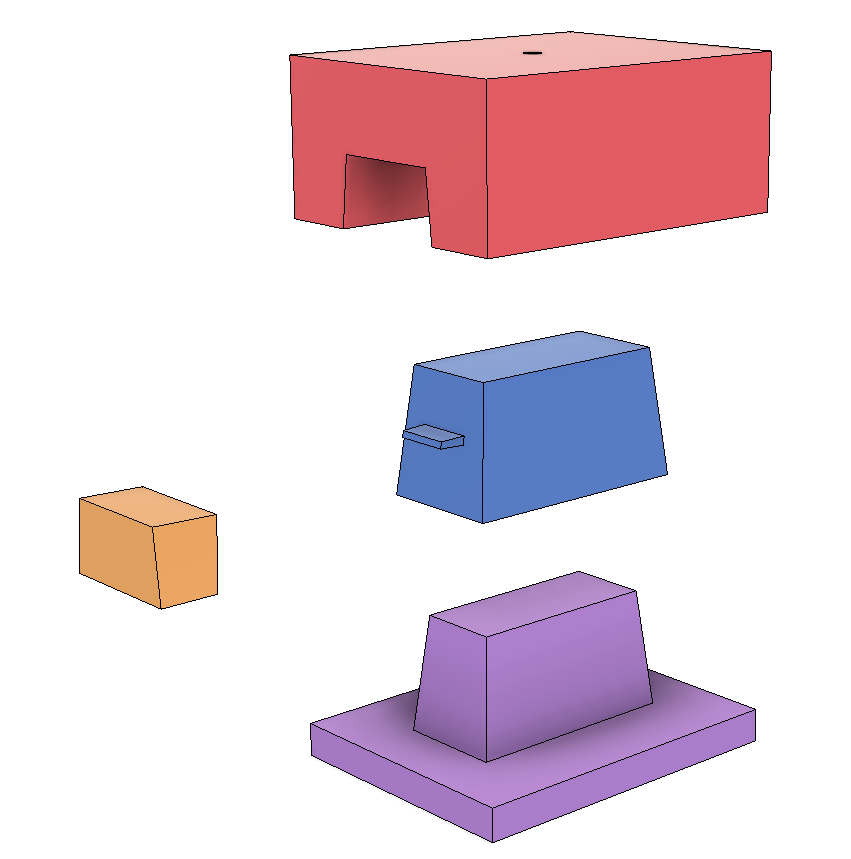 Another situation where you might require a side action is when you have holes in the side of your cast parts. See the bucket from before with an added hole as an example: 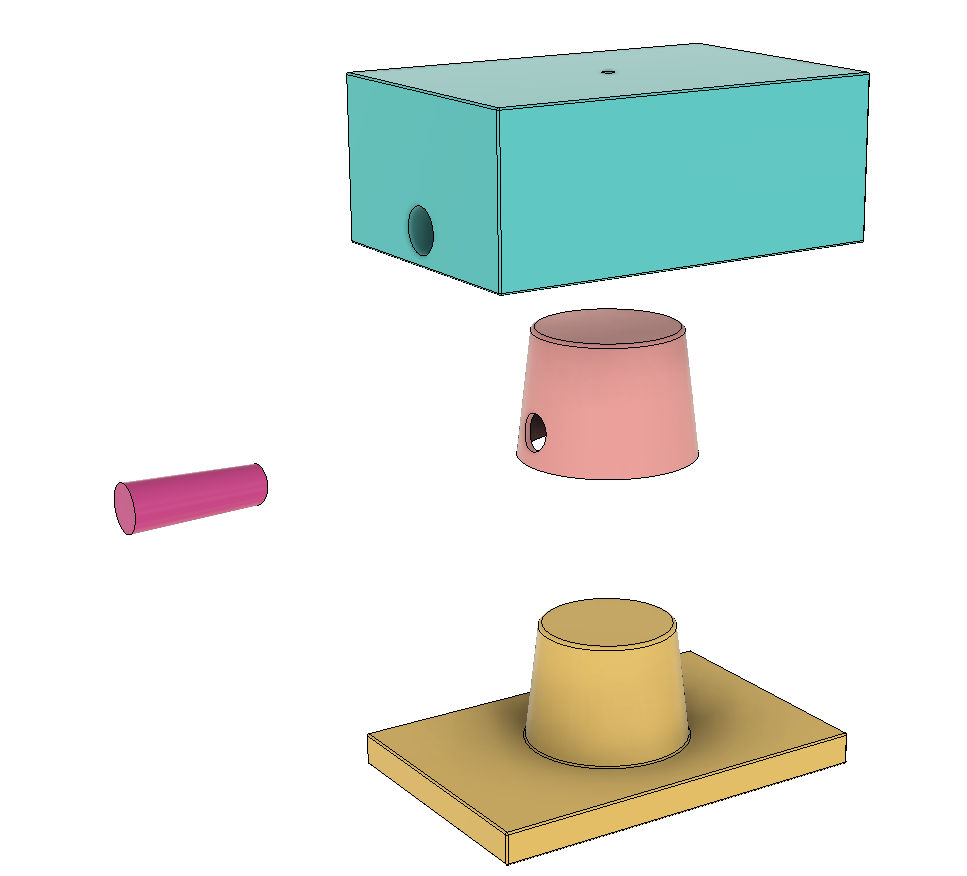 While it is often impossible to eliminate side actions completely, minimising their prevalence is key to decreasing tooling cost. Before sending your design to the factory it is best to consult engineers experienced in casting to help minimise undercuts.

You need to include draft angles in your design for the parts to be possible to extract from the mould.

In the above example the blue part would be difficult to extract because of its perfectly vertical sides. The green part on the other hand has a draft angle a, which allows it to easily be ejected from a mould. The draft angle required will depend on the material used and on the height of your part. Higher parts requiring larger draft angles. 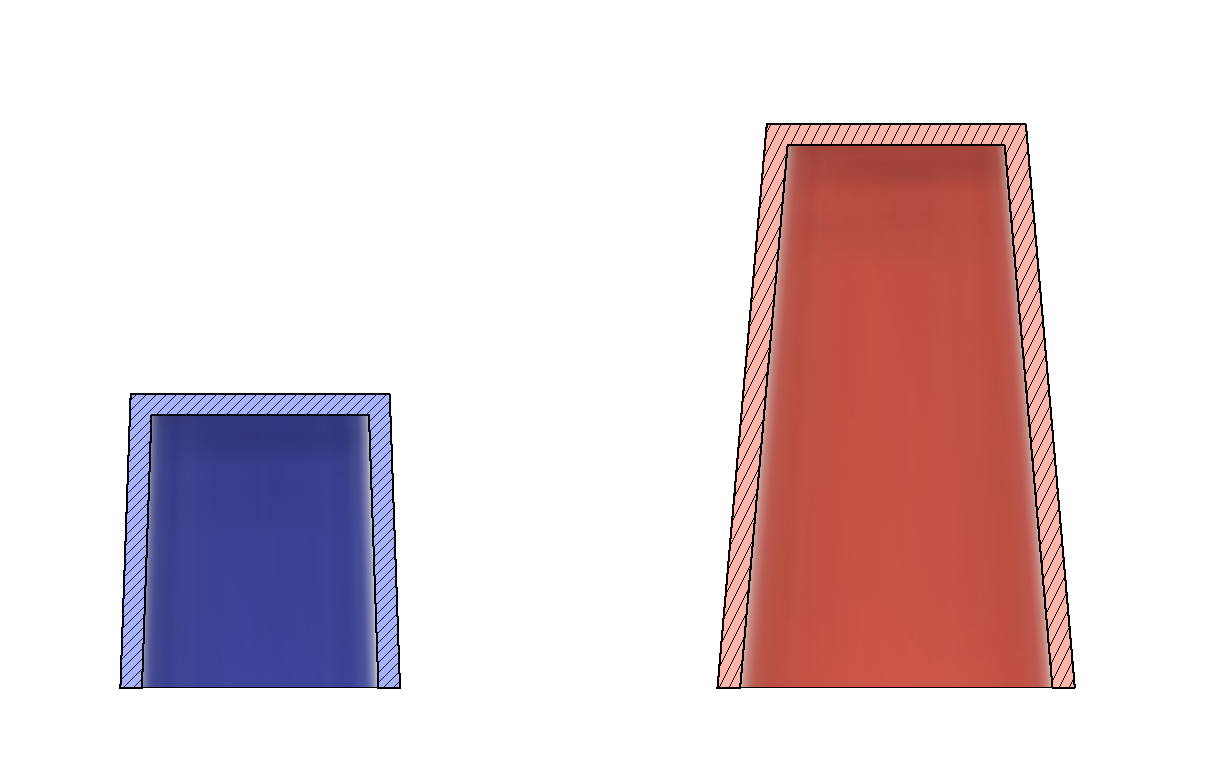 In the above example we can get away with a smaller draft angle in the blue part compared to the red one since it is smaller in height. For injection moulded plastics it is common to use a draft angle between 0.5 and 2 degrees.

A common way of increasing the durability of parts while keeping a constant wall thickness is to add so-called ribs to the design. See image below: 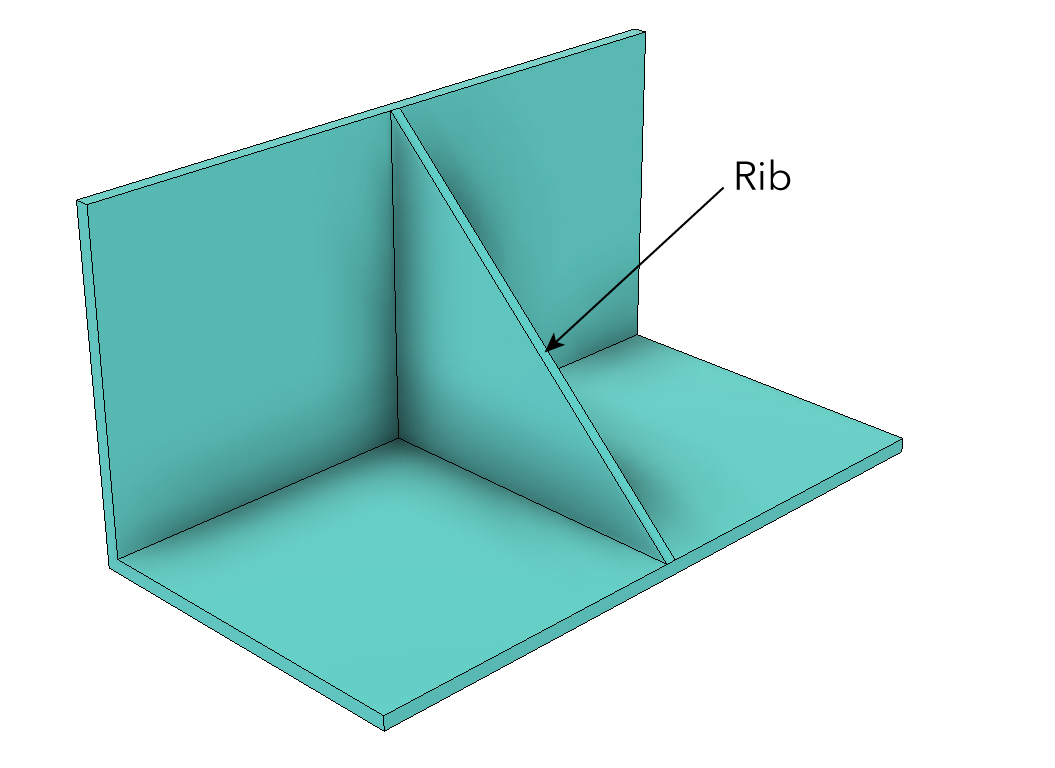 When you are designing for injection moulding it is important to consider:

I hope you found this introduction to injection moulding useful.